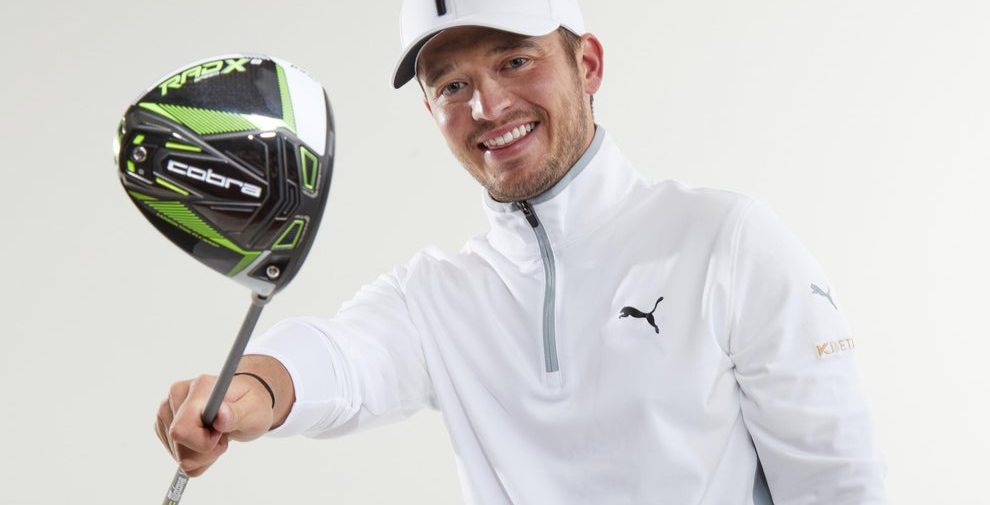 Ferguson to join a stable of world-class athletes & ambassadors sporting the COBRA and PUMA Cat logos; wearing apparel and footwear from the latest PUMA SS’21 range and using a bag full of new RADSPEED and KING products.

COBRA PUMA GOLF announced a partnership with European Tour player Ewen Ferguson that will see him Playing COBRA golf clubs and wearing PUMA Golf apparel and footwear on the course for the 2021 season. Ferguson will play a mixture of RADSPEED and KING golf clubs and wear pieces from the brand’s latest SS’21 Collection.

Ewen Will play a full bag of COBRA clubs including the latest RADSPEED metals. COBRA recently introduced its highly anticipated 2021 family of RADSPEED Drivers, Fairways and Hybrids. With a name inspired by its key, innovative technology, Radial Weighting, the entire line is aimed at maximizing performance for the full spectrum of players through optimized weighting and an array of advanced technologies.

The SS’21 collection includes some truly innovative technologies in the form of CLOUDSPUN and the new MATTR technology in the apparel. Coupled with the highly popular RSG footwear and the new IGNITE PROADAPT spiked shoes offering stable cushioning and unrivalled comfort with the new ADAPT foam.

Joe Folker, COBRA PUMA Golf Brand Experience Manager said – “At COBRA PUMA Golf we not only look for talented athletes but also golfers that are engaging and fit with our brand DNA. Ewen is the perfect example of that and we are excited to capture him on a full 360 deal going forward and would like to welcome him to the CPG Family.

“Having worked with Ewen previously as his apparel supplier, we look forward to him continuing to showcase our PUMA Golf apparel, footwear and accessories, and also now using our RADSPEED Driver and Fairways, and COBRA irons and wedges as he looks ahead to a busy 2021 on tour.”

A prolific amateur, Ferguson became the first Scot to win the Boys Amateur Championship in almost a decade when he claimed the title at Royal Birkdale in 2013. In 2014, he became the first player to hold that crown as well as the Scottish Boys and Scottish Boys Stroke Play titles at the same time. He was also in the Great Britain & Ireland team at the 2015 Walker Cup at Royal Lytham, where he beat Maverick McNealy – the World Amateur Number Two in the first-day singles.

Playing as an amateur on the Challenge Tour in 2016, made the cut at both the Turkish Airlines Challenge and the Montecchia Open by Lyoness before turning professional and making his European Tour debut later that season in the Alfred Dunhill Links Championship, where he also made the cut.

On signing for COBRA PUMA GOLF, Ewen Ferguson commented- “I am delighted to join the COBRA PUMA GOLF family and cannot wait for the 2021 season to start. I’ve always loved the Puma range but to now represent the Cobra brand also is a dream come true. The products performance is second to none”.

MODEST! Golf Management director Niall Horan commented “We are delighted to confirm Ewen Ferguson has signed with COBRA PUMA GOLF. This is a great partnership and with the exciting plans for both COBRA and PUMA have in the golf market this is a fantastic fit.”